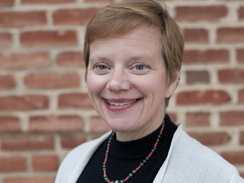 Pianist Katharine Boyes, a native of England, has performed solo and chamber music recitals throughout Great Britain and the U.S.A. in venues such as the Royal Festival Hall and Barbican Center, London; Temple Square Concert Series, Salt Lake City; and Davis Symphony Hall, San Francisco. She received a Doctor of Musical Arts degree in Piano Performance from the College-Conservatory of Music, University of Cincinnati, and also degrees from the Royal Academy of Music, London and the San Francisco Conservatory of Music.


Katharine has a special interest in piano music by women composers and in 2001 she released Piano Portraits of the Seasons by Women Composers, a CD of repertoire which portrays the seasons.  She is currently preparing repertoire for another CD entitled, Nocturnes by Women Composers. She is also developing a lecture-recital of songs by women composers about the night with soprano, Susan Kane, for 2020. Katharine has also been featured on BBC Radio and American Public Radio.


Katharine is active in furthering the education of young musicians, college students and adults and frequently serves as adjudicator, clinician, masterclass specialist, lecturer, and workshop coordinator. She has studied the Alexander Technique with several clinicians including Charles Stein of Winston-Salem, NC and Barbara Conable of Columbus, OH, and her interest and study of Eurhythmics began with Allen Otte, a member of the Cincinnati Percussion Ensemble. 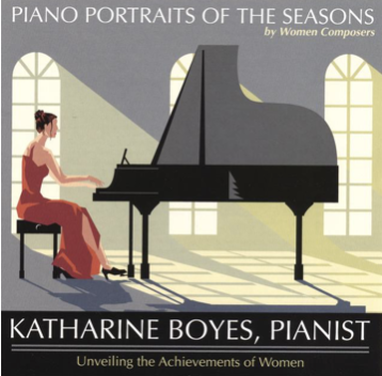