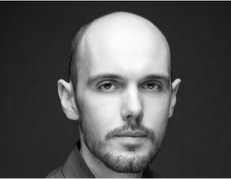 David Brooks enjoys a busy musical life as a pianist, violinist, violist, composer, and teacher.  He has performed across the United States and Europe, and was recently a featured artist at IRCAM (Institut de Recherche et Coordination Acoustique/Musique) in Paris.  A winner of several national and international competitions, he now performs a repertoire spanning the avant-garde and the neglected romantics, as well as the established greats.

Especially committed to the performance of new music, David has taken part in the first performances of works by more than 100 composers.  A composer himself, his song cycle First Steps was premiered in Bucharest, Romania, and his ‘Metamorphosis’ Variations premiered in New York.  More recently, his first full-scale opera, Urban Legend, was premiered at Wingate University.

In 2014, David joined the faculty of Wingate University in North Carolina, where he is an Associate Professor of Piano and Music Theory.  At Wingate, he founded the new music group ensemble243, which performs extended-techniques-works for “bowed piano.”  Wingate’s music department is on the verge of becoming one of the first “All-Steinway” schools in the region. In addition to his teaching at Wingate, he serves on the collaborative piano faculty of the National Music Festival.
In his spare time, David enjoys studying architecture and interior design, making hand-crafted wooden furniture, recreating ancient scientific experiments, studying the psychology behind conspiracy theories, and drinking excellent coffee.